Why I use Myofascial Release

Do you suffer from chronic pain?  Connective Tissue Pain?  Fibromyalgia?  This therapy has been shown to be effective in helping relieve your pain from these symptoms.  I use a gentle  – or ‘Indirect’ (see below) form of myofascial release which has been shown efficacy through direct research.  If you are suffering today, why not call me (Dana) at (505) 944-6193 for a consultation about whether this therapy may provide the relief you so profoundly need?

What is Myofascial Release (MR)?

The MR approach is a form of soft tissue therapy used to treat somatic dysfunction and resulting pain and restriction of motion. It is a treatment described by Andrew Taylor Still, founder of osteopathy/osteopathic medicine, and his early students, which uses continual palpatory feedback to achieve release of myofascial tissues.[1] This is accomplished by relaxing contracted muscles, increasing circulation and lymphatic drainage, and stimulating the stretch reflex of muscles and overlying fascia.[2

The direct MR (or deep tissue work) method works through engaging the myofascial tissue restrictive barrier, the tissue is loaded with a constant force until tissue release occurs.[1]Practitioners use knuckles, elbows, or other tools to slowly stretch the restricted fascia by applying a few kilograms-force or tens of newtons. Direct myofascial release seeks for changes in the myofascial structures by stretching, elongation of fascia, or mobilising adhesive tissues. The practitioner moves slowly through the layers of the fascia until the deep tissues are reached.

Robert Ward, DO suggested that the intermolecular forces direct method came from the osteopathy school in the 1920s by William Neidner, at which point it was called “fascial twist”. German physiotherapist Elizabeth Dicke developed Connective Tissue Massage (Bindegewebsmassage) in the 1920s, which involved superficial stretching of the myofascia. Dr. Ida Rolf developed structural integration, in the 1950s, an holistic system of soft tissue manipulation and movement education based on yoga, osteopathic manipulation, and the movement schools of the early part of the twentieth century, with the goal of balancing the body by stretching the skin in oscillatory patterns. She discovered that she could improve a patient’s body posture and structure by bringing the myofascial system back toward its normal pattern. Since Rolf’s death in 1979, various structural integration schools have adopted and evolved her theory and methods.

Dr. Rolf reduced her practice to a maxim: “Put the tissue where it should be and then ask for movement.”

Different practitioners bring their own sensibility, style, level of maturity, and awareness to their work with clients which can have a significant effect on the clients experience.

The indirect method involves a gentle stretch, with only a few grams of pressure, which allows the fascia to ‘unwind’ itself. The dysfunctional tissues are guided along the path of least resistance until free movement is achieved.[1]The gentle traction applied to the restricted fascia will result in heat and increased blood flow in the area. This allows the body’s inherent ability for self correction to return, thus eliminating pain and restoring the optimum performance of the body. This concept was suggested by Paul Svacina to be analogous to pulling apart a chicken carcass: when it is pulled apart slowly, the layers peel off intact; too fast, and it shreds.

The indirect technique originated in osteopathy schools and is also popular in physical therapy. According to Robert C. Ward, MR originated from the concept by Andrew Taylor Still, the founder of osteopathic medicine in the late 19th century. The concepts and techniques were subsequently developed by his successor. Robert Ward further suggested that the term Myofascial Release as a technique was coined in 1981 when it was used as a course title at Michigan State University. It was popularized and taught to physical therapists, massage therapists, occupational therapists and physicians by John F. Barnes, former PT, through his Myofascial release seminar series.

The indirect MR technique, according to John Barnes, is as follows:

Contact Me Now to Learn More About Myofascial Release! 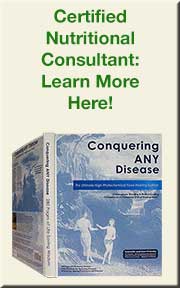 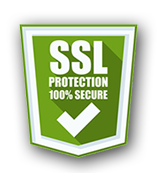